You are here: Home » Blog » Renewable Heat Incentive Finally Available For Domestic Use

Ofgem has announced that the long awaited Renewable Heat Incentive (RHI) is now available for domestic users from today. It is hoped that the scheme, which involves the use of a tariff for the production of renewable heat, will encourage people in the UK to invest in renewable home heating. 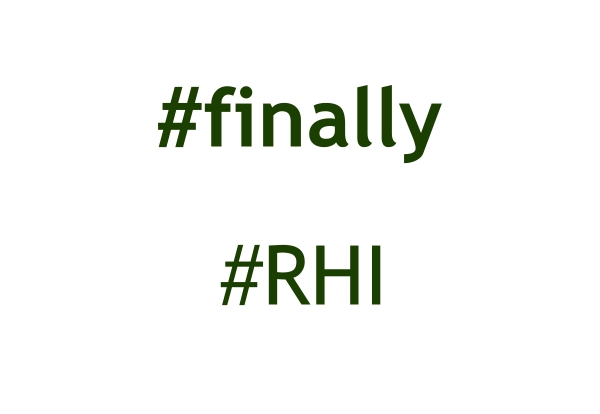 The Domestic RHI applies to renewable heat sources such as solar thermal, air and ground source heat pumps and biomass. Designed for those homes in the UK who do not have access to gas, the scheme is expected to allow users to gain an income from their installation and should encourage millions to have systems installed. It can also be applied to previously installed systems. You can find more details in our Domestic Renewable Heat Incentive Guide.

Dr Nina Skarupska from the Renewable Energy Association (REA) has stated that the Department of Energy and Climate Change (DECC) and Ofgem have been working on the idea for many years and this launch is a milestone for the green policy of the government. There is now an attractive alternative to gas for those who are off grid.

The REA and the Solar Trade Association have also worked closely with DECC on the details and it is hoped that this will result in a scheme which works well for industry and customers.

Virginia Graham from Renewable Energy Assurance Ltd (REAL) who operate the Renewable Energy Consumer Code has pointed out that these types of technologies can improve people’s lives, but they can sometimes be complicated. She suggests that anyone wanting to install a system should research what they need and get several quotes.

Meanwhile Greg Barker the Minster for Energy has said that this is the first scheme of its kind in the world and that it should generate growth and support jobs in the renewable sector.