You are here: Home » Blog » Introduction to the Green Deal

Introduction to the Green Deal

The UK’s Green Deal programme is the first of its kind in the world. The scheme offers households a way to improve the efficiency of their property, reduce their carbon footprint and future proof their home, all without any capital outlay on their part.

Why was the Green Deal introduced? 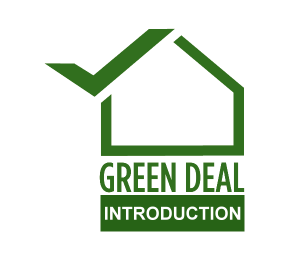 Many householders want to live ‘greener’ lifestyles, and with regular price hikes in the domestic energy market set to continue, householders understand that going green is about more than just being eco-friendly. Reducing heat loss and looking for ways to generate some energy of their own can set householders on a road to more affordable fuel bills.

The problem is that for many householders the cost of installing things like solar thermal, photovoltaics or heat pumps is completely prohibitive. Most of these technologies require several thousands of pounds to be invested, and with families still feeling the pinch of recession many simply cannot afford the large upfront payments. Even with the added incentive of the Feed in Tariff and the forthcoming Renewable Heat Incentive, the large capital outlay was still putting renewables out of reach for the vast majority of the domestic market.

The idea of a nationwide scheme to stimulate the UK’s green technologies market, and to help the country meet its carbon reduction targets, was first conceived in May 2010. Following extensive consultation and amendments to the bill, the Coalition Government finally revealed the Green Deal in October 2012, fully launching it nationwide in January 2013.

“The Green Deal will be a revolution. The first scheme of its kind in the developed world. The most ambitious energy-saving plan ever put forward. A once-and-for-all refit that will make every home in Britain ready for a low-carbon future.”

What is it for?

The Green Deal is available on more than 40 home improvements and offers support with a much wider range of measures than any previous scheme. The list includes:

Previous schemes such as CERT (the Carbon Emissions Reduction Target) and prior to that the EEC (Energy Efficiency Commitment) funding only offered significant support to those who were installing loft and cavity wall insulation. Now householders who have more difficult to treat homes can get the help they need to become more energy efficient.

Is the Green Deal worth it?

The scheme is the first of its kind, and is a ground-breaking scheme worldwide. The eyes of international policymakers are locked firmly on the UK, waiting to see if this works and whether they should follow our lead. The Green Deal has positives and negatives for users, depending on their situation and the type of technology they are looking to install.

Something worth thinking about before opting for a Green Deal loan is the length of time you will be committed for. Depending on the measures installed and the calculated savings, you could be paying back your loan for 5, 10 or even 20 years. If you move house in that time then the loan stays with the house, certainly a positive for you as you wouldn’t want to be paying for something you were no longer benefiting from. But how would the new owners feel about this?

The Green Deal offers an incredible opportunity for people in cold, draughty homes to make drastic improvements to their properties efficiency in an affordable manner. However, before jumping in with both feet it is important to understand the commitment and rules that go with the Green Deal to ensure you are making the best choice for you.