Lets just take a few seconds to reflect on the staggering growth in the amount of UK electricity being generated from renewable sources. 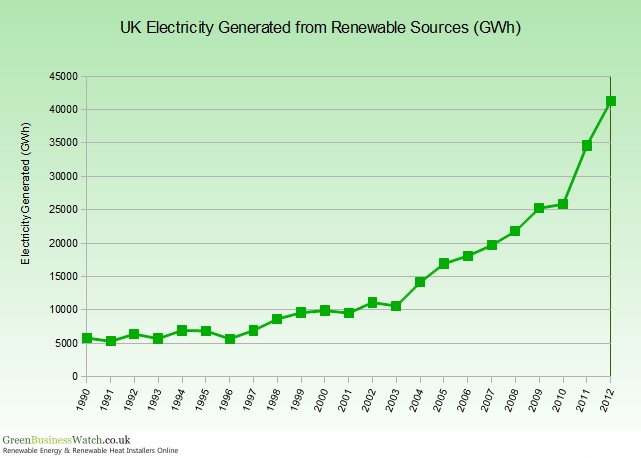 Energy is a complex topic and it seems renewables are constantly under attack from some nut job or another who thinks that climate change isn’t a big deal, coal and gas are limitless and dirty energy doesn’t receive subsidies. On the other hand, there are those of us who would like to see our dependence on dirty and insecure energy sources replaced much quicker with modern, sustainable methods.

There’s still a long way to go but it’s good news and we thought we should share it.