On June 24th, the House of Commons passed Government legislation committing the UK to reach net zero greenhouse gas emissions by 2050. Not surprisingly, the zero emissions target has been broadly welcomed by environmental groups. Perhaps a little more interestingly, reports are that the plan is being backed by all the front runners in the Conservative Party leadership race. One of whom will presumably replace Theresa May and become the new Prime Minister. 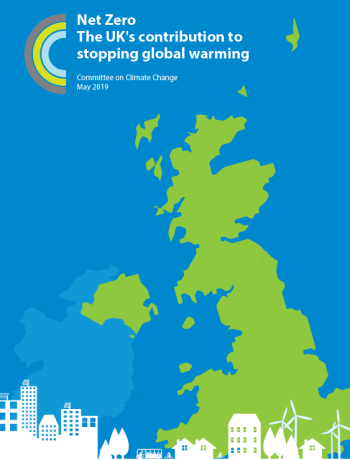 Net zero by 2050 seems like an ambitious plan and the UK is being reported as the first major economy to adopt a zero emissions target and commit to a date. With their support for fracking and their dismantling of renewable energy subsidies, the Conservative Government haven’t exactly been looking like environmentalists over the last few years. So their support for this ambitious target is important. It seems that green might be cool again, at least for now.

We thought it would be useful to look at how Net Zero can actually happen. I mean a target is one thing, but what is the plan?

The Net Zero emissions target follows on a report last month from the Committee on Climate Change, “Net Zero, The UK’s contribution to stopping global warming”.

The Committee sees the 2050 target as a means to meeting commitments that the UK signed up to under the Paris Agreement. Their analysis indicates that the target can be met with existing technologies and within the economic costs that Parliament has already agreed to when they previously legislated targets (80% of 1990 emissions by 2050).

The Executive Summary of the report does tell us however that “… this is only possible if clear, stable and well-designed policies to reduce emissions further are introduced across the economy without delay. Current policy is insufficient for even the existing targets.”

Unclear, badly designed and unstable policies have left us in the current state where policy is insufficient to meet existing targets. So the effectiveness of the Zero Carbon commitment will come down to well thought out and consistent action and it will need to come quickly. Anyone involved in the solar industry in the UK is likely to have an opinion on the Government’s track record on stable policies to support reduced emissions but assuming this and future Governments are committed to a Net Zero future, what needs to be done?

The Committee on Climate Change (CCC) report is clear that net zero is achievable by 2050. But it is going to involve some wholesale changes in a variety of industries and in how we live our daily lives. 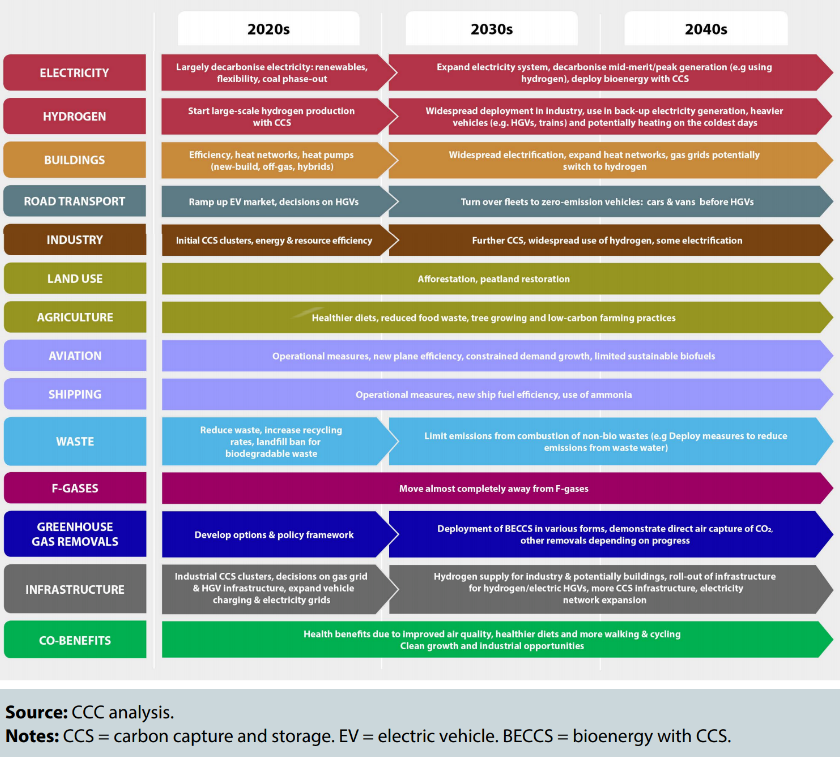 Those are going to mean extensive challenges across a range of industries and while energy efficiency improvements often have the potential to be cost neutral other changes might not be so easy.

In the home, we are going to be asked to improve energy efficiency through insulation, low energy lighting and measures like renewable heating. These require investment but save on running costs.

In our lifestyle we are being asked to eat less meat, reduce food waste, walk more, fly less and buy an electric car (or even better, share one instead).

Industry will be asked to increase energy efficiency and shift to renewable power and heating sources. These changes will often come with savings but it won’t always be that easy. Some industries will face major challenges and the question will be whether policy will be up to the task of driving change. Some activities are just intensive, in terms of energy use or emissions, and zero emissions may simply not be achievable without shifting away from them. Based on the CCC report, farming is an obvious area of concern. The suggested change in use of a fifth of the UK’s agricultural land is a major change that won’t come easy. It is going to take committed action on the part of the Government to bring in policy that can incentivise change on this scale and to do so without the wholesale destruction of farming communities.

In this and other industries, the change that will need to be achieved may not be the first instinct of the vested interests and pressure groups involved. Finding a fair way through some of these problems and getting buy in from those affected are not easy tasks.

In all the positivity of adopting a net zero target, there was one sour note. Against the recommendation of the CCC, the government has retained the ability to use carbon credits to offset emissions.

“… this is only possible if clear, stable and well-designed policies to reduce emissions further are introduced across the economy without delay.”

This target won’t be achieved without difficult decisions and committed action over time. We have already seen one Conservative Party Prime Minister go from ‘greenest government ever’ to ‘get rid of all the green crap’. By including the use of carbon credits, the government retains the possibility of not making those difficult decisions, not solving those intractable problems and not reducing emissions as far as the CCC is clear that we can. If it gets difficult, we can just make it someone else’s problem.

Hopefully we won’t. I guess it remains to be seen whether Government, Industry and indeed all of us in our everyday lives are willing to make the changes necessary for such a big shift. It’s an ambitious target and it won’t be achieved easily.