You are here: Home » Blog » Isle of Wight – an Ecoisland in the making?

Isle of Wight – an Ecoisland in the making?

From small acorns mighty oaks do grow. The Isle of Wight has an ambitious plan to make the island self-sufficient in energy by 2020. Called Ecoisland, the project is the brainchild of local entrepreneur David Green. By using a mixture of solar, wind, geothermal and tidal energy, and also generating power from waste and installing a smart grid, the islanders electricity needs could be fulfilled entirely by renewable energy. This far-reaching plan is backed by some of the biggest names in technology development, including IBM, Cable&Wireless, and Toshiba. 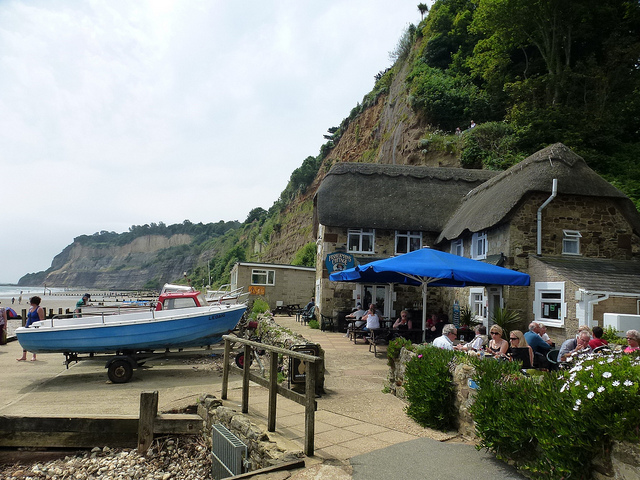 The Isle of Wight is 380 square km and has 140,000 inhabitants, effectively the population of a medium-sized UK town. Its peak electricity demand is 167 MW and the island needs a 30 MW base load. By installing a smart grid, the Ecoisland group plan to reduce energy consumed by 40% to about 120 MW. 40 MW of solar power has already been installed. The plan envisages almost doubling that to 70MW. Building a tidal array that could provide 20MW – waters around the island have strong tidal currents, so this is an exciting development with considerable merit. The remaining energy would be supplied by a mixture of geothermal energy from a subterranean aquifer which lies beneath the island, anaerobic digestion systems, and the conversion of waste to energy.

The local council has come on board and is funding a tidal research centre with £3m in partnership with Southampton University, which will investigate the best sites and methods for generating tidal power around the island. Two sites have already been proposed: a small seabed installation at Hurst Narrows, close to the English mainland, which is known for its strong currents, and a larger one off St Catherine’s Point at the very southern tip of the island.

Another ambitious development is the building of a prototype domestic hydrogen energy storage system, to power one fuel-cell house, being installed by clean energy projects company Acta SpA. A fuel-cell will use solar panels to generate hydrogen during the day, then store the hydrogen in cylinders to provide power when needed, for example during the night. A three-month trial is due to start this April. It is hoped that the use of decentralised power storage would be the final building block to allow the island to reach its ambitious objective of using only renewable power by 2020. Energy storage is going to be a critical part of balancing the electricity load. Ecoisland have also partnered with ITM Power to use hydrogen fuel cells in home and commercial premises in the first wide-scale trial after the results of the lone house are in. This is another cutting-edge scheme as it is not clear whether splitting water to create hydrogen is feasible other than in a laboratory, but the islanders are to be complimented on leading the way.

While most vehicles on the island would remain fuelled by petrol and diesel, plans are afoot to have many electric utility vehicles including forklift trucks, delivery vans, and tractors.

There are some concerns on the island about wind turbines, given that any onshore turbines probably would have to be sited near dwellings, so large wind farms on the island are not likely to be favoured.

Already local businesses have seen the impact of increased revenues from visitors and tourism, and the not-for-profit stance of Ecoisland and its inclusive methods of bringing in the local communities and organisations in partnership have been very helpful in gaining the support of the local inhabitants. 65 local partners and organisations are helping make the plan a reality, with local parish councils taking a keen interest in the success of the scheme. Patrick Razavet, director of utilities at Cable&Wireless says, “This project gives a glimpse of what our energy future could look like. It gives the UK a unique blueprint to solve some of the huge energy challenges we have ahead of us.”