The Feed in Tariff scheme was introduced on April 1 2010 as a support for small scale renewable electricity generation. The scheme is open to both domestic and business users and covers technologies such as Solar PV, Wind, Hydro, CHP and Anaerobic Digestion. Installations must be below 5 MW in generation capacity.

The basic structure of the Feed in Tariff scheme is that qualifying installations are paid for each kWh of electricity they generate. This includes the electricity they use themselves. They are paid an extra “export” rate for any electricity produced which is not used on site but exported back to the grid.

This report analyses Feed in Tariff data on confirmed installations for the first 3 years of the scheme (April 2010 to March 31st 2013). The data analysed is based on confirmation date data from Ofgem’s Renewables & CHP Register. 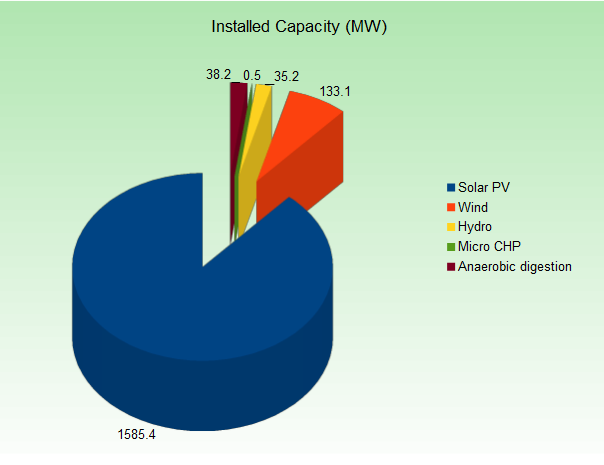 Data from the Feed in Tariff scheme continues to show growth in the renewable technologies covered by the scheme.  Reductions in the Feed in Tariff for solar PV from April 2012 created a concentration of installations in the run up to the deadline and a moderated growth rate for solar PV under the new, lower tariff.  Solar PV accounts for such a large share of FIT installations that this effect can clearly be seen in the figure below. 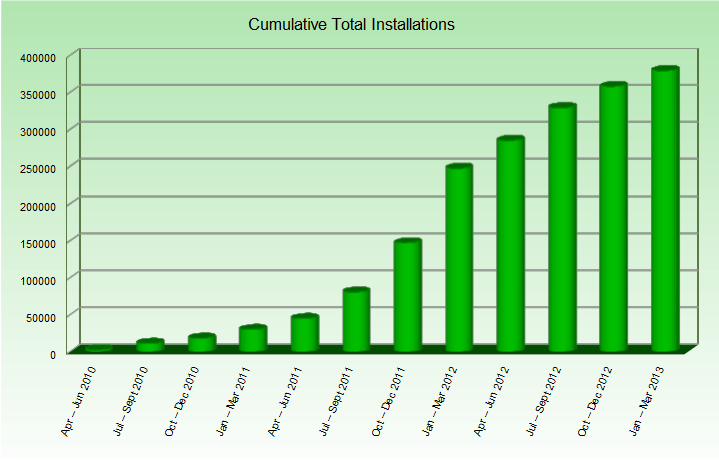 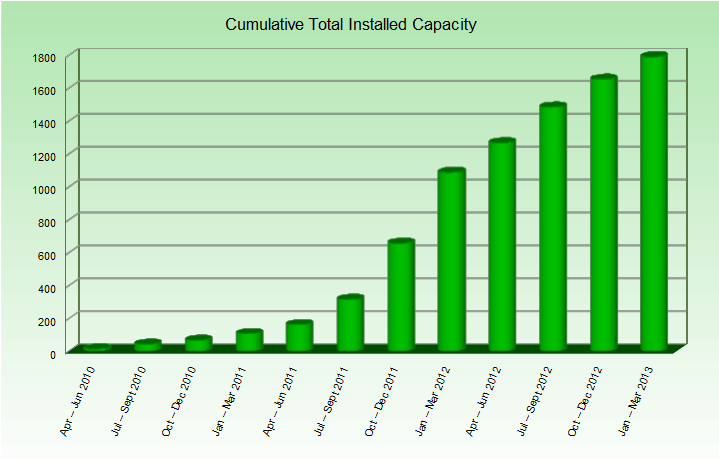 This reflects a larger average capacity and decent growth from technologies which tend to have a higher average generation capacity (wind, hydro, anaerobic digestion). 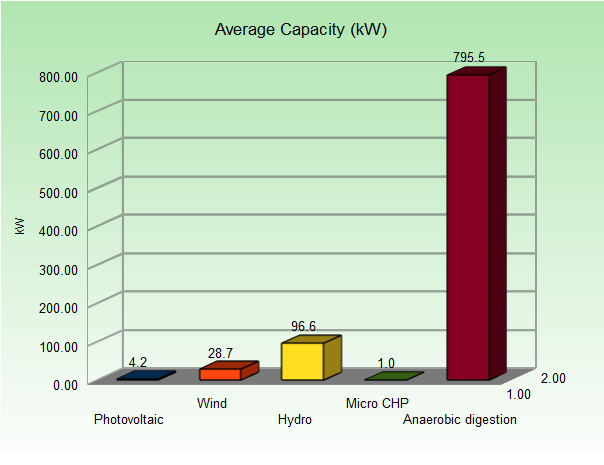 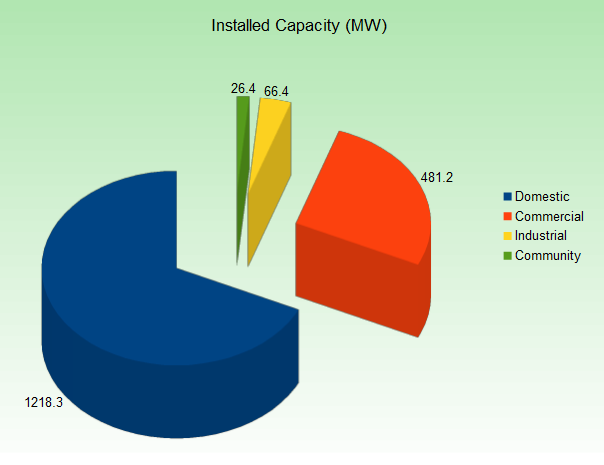 This entry was posted in Clean Energy, Feed in Tariffs, Grants / Funding, Solar. Bookmark the permalink.