The Domestic Renewable Heat Incentive was launched on April 9th, 2014. A new report from Green Business Watch has analysed the most recent application numbers from the scheme and highlights some interesting facts about the uptake of domestic renewable heat. 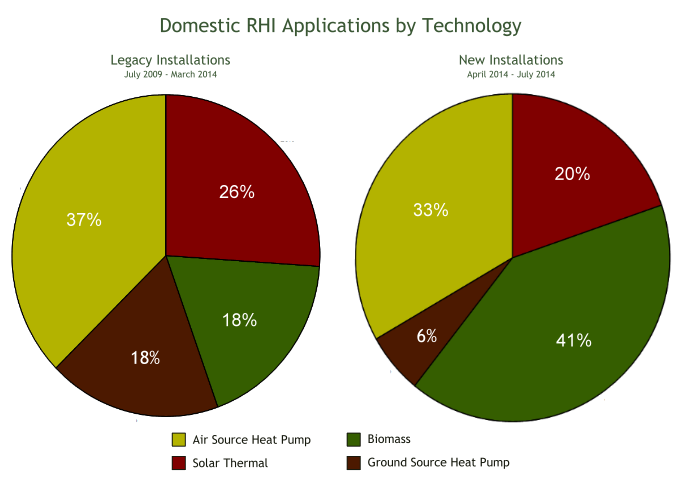 Stats from the Renewable Heat Premium payment scheme and legacy applications under the Domestic RHI both show that air source heat pumps have been the most popular domestic renewable heating technology over the last few years. Applications for new installations since the April 9th launch of the Domestic RHI show air source heat pumps remaining popular and accounting for 33% of all new applications. The big mover since the introduction of the scheme however seems to be Biomass. Biomass systems account for 41% of new installations since the launch of the Domestic RHI and are the single biggest technology.

Applications and accreditations have seen impressive numbers under the Domestic RHI in its first few months. Activity under the scheme has however been dominated by legacy installations. New installation numbers have started to show month on month growth after an understandably modest start and hopefully this growth can continue.

You can read the full report at the following link:
UK Domestic Renewable Heat Update – September 2014
Or View the report summary.