You are here: Home » Blog » What is a Condensing Boiler and How Does it Work?

What is a Condensing Boiler and How Does it Work?

It can be all too easy to get confused about the different types of boilers and which is right for you. Today, it’s all about the condensing boiler, and building regulations specify that any new boiler installed in the UK should be a condensing type. But what are these boilers all about, and how are they different to regular boilers? 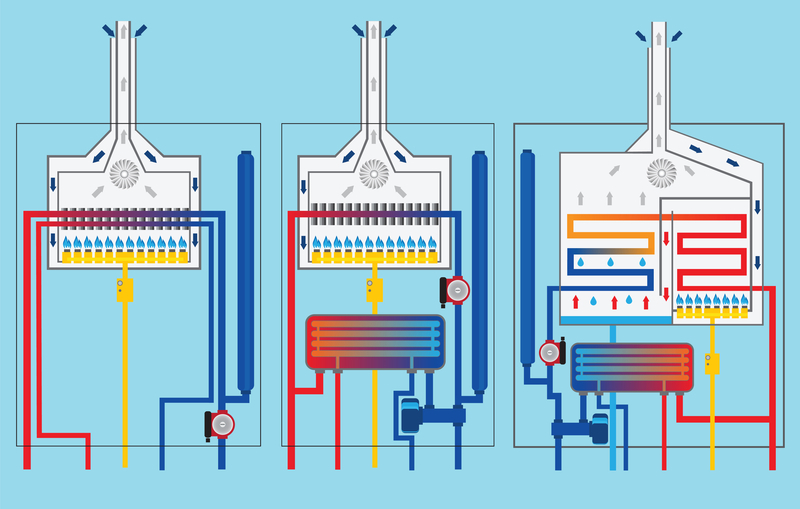 What is a condensing boiler?

A condensing boiler uses new technology to waste less energy and give you more heat for your money. Modern condensing boilers are typically at least 93 per cent energy efficient, rising to up to 97 per cent for the very best models on the market.

Condensing does not mean combination

A combination boiler is one which:

Conventional boilers use a separate hot water tank to store pre-heated water. The tank needs a home, which means you have to give up space to house the tank.

Combination boilers take up less space and can adequately cope with the demands of a small household. They also provide hot water on demand. In fact, combi boilers have rapidly become the most popular boilers in UK homes. For a large house or one with multiple bathrooms, the conventional boiler and hot water tank system might be a better option for dealing with the load.

The good news is that you can opt for a condensing boiler whether you are looking at a combi or conventional boiler setup. This means you can choose an energy efficient boiler no matter what your situation, and can benefit from an A rated energy efficient appliance.

How do condensing boilers work?

The basic technology in a condensing boiler is essentially the same as that which you’ll find in any traditional boiler. However, in condensing boilers, heat from flue gasses being burned is recovered and recycled, helping you to heat your home for less.

In a traditional boiler, flue gases are often released that are in excess of 300 degrees C. A condensing boiler uses a larger or secondary heat exchanger to reduce this heat to just 50 degrees C or thereabouts. The heat is then used again to heat the water, reducing the demand on the gas and thereby reducing your energy bill.

The advantages of a condensing boiler

The average UK household spends about 60 per cent of their energy bill on heating their home. Add to this the hot water, and anything you can do to make this portion of your bill is going to make your financial position significantly better. According to the Energy Saving Trust, you could save up to £340 a year by switching to a new, condensing boiler for your home.

And it’s not all about the money either. With all of us trying to do our best to reduce our carbon footprint, switching to an energy efficient condensing boiler could make a big difference to your environmental impact too.

This entry was posted in Energy Efficiency, Gas Boilers. Bookmark the permalink.