Heat pumps have been around for a long time now and are an established technology but they are still a new idea to most homeowners in the UK. This presents many problems for the industry and also for potential buyers. One of those difficulties is that homeowners have no idea what to expect in terms of costs.

The Domestic Renewable Heat Incentive has been with us since 2014 and yet still today there is no clear, data backed, answer to the question how much does a heat pump cost? At the end of 2020, we carried out research with one simple aim. We surveyed installers to find out what a reasonable cost estimate would be for the installation of an air source heat pump in a typical UK home.

Installers were asked to provide an indicative price (complete installed cost, inclusive of VAT and any other costs) for a complete Air Source Heat Pump installation in a typical UK home. In scenario 1 the system is assumed to connect to a low temperature distribution system such as underfloor heating.

Most installers gave their answers in the form of a range. Something like €10,000 to €12,000 for example. Some gave a single indicative quote. In either case, these price estimates are very much intended to be a ball park figure.

We plotted the responses in the graph below. Where respondents gave a range, we have plotted the low end, the high end and a central estimate to give a picture of the distribution of the prices. 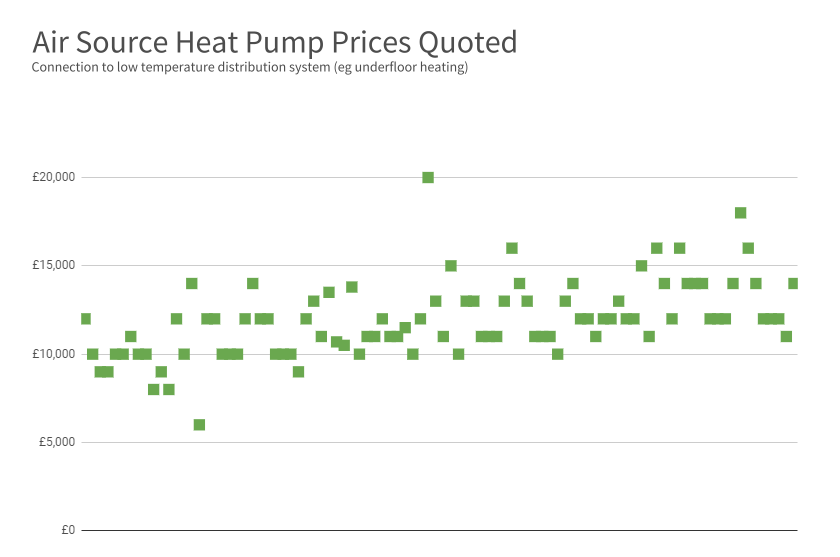 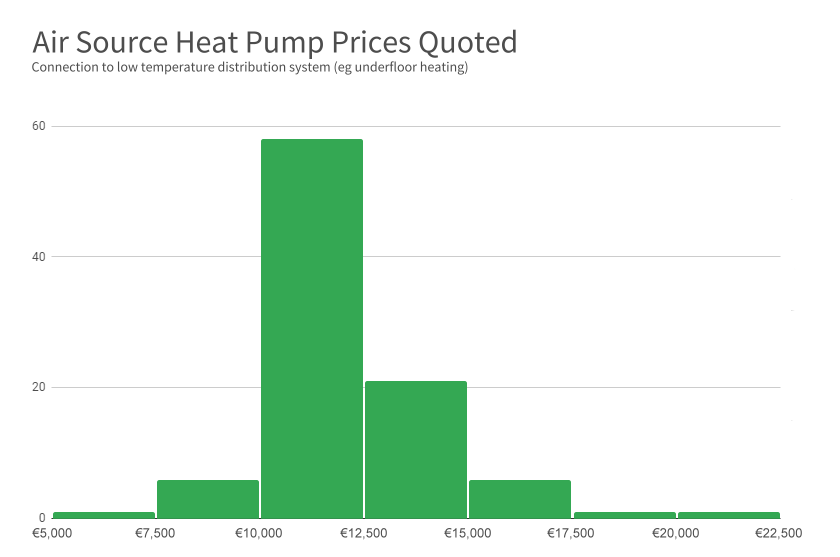 Installers were asked to provide an indicative price (complete installed cost, inclusive of VAT and any other costs) for a complete Air Source Heat Pump installation in a typical UK home. Scenario 2 is a retrofit where the system is assumed to connect to an existing typical heating system with standard radiators etc. and where upgrading is likely to be necessary and cause additional cost. 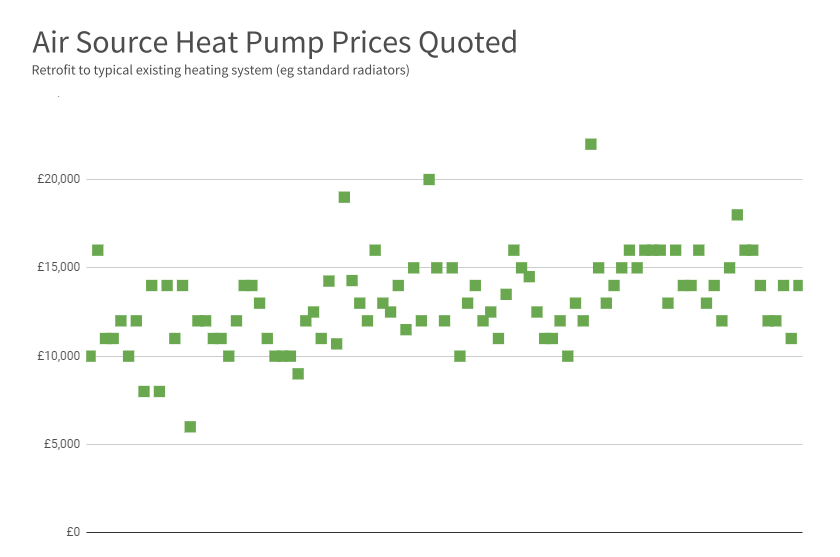 The mean mid-range estimate is £13,249. That’s just over £1,000 more than the average for scenario 1. The largest price given was £22,000. The upper end estimates were usually given as the upper end of a wide band (eg, £14,000 – £20,000) and this essentially reflects the difficulty in giving a ball park figure for a retrofit without knowing what elements would be required.

Our quotes for the retrofit scenario averaged just over £1,000 more than for connecting to a low temperature system such as underfloor heating. Comments given by installers during the survey indicated additional costs for retrofit ranging from €800 to €4,000.

Some of the cost elements included:

Based on responses, customers should probably count on roughly €250 per radiator where new, re-sized radiators are required.

The prices given were based on a very wide range of heat pump brands with some of the installers providing a range of brands and others focusing on 1 or 2.

The most common brand quoted was Mitsubishi, followed by Vaillant and Nibe but 12 different manufacturers were represented in all.